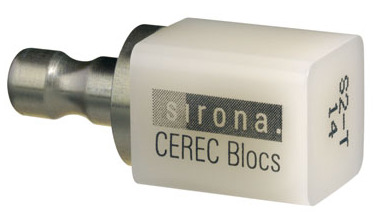 Enjoy a secure and radiant smile with the CAD/CAM dental solutions from Sirona. Sirona uses the complete potential of CodeMeter: the software is protected with CmSticks and the logistic process is simplified with License Central.

Enjoy a secure and radiant smile with the CAD/CAM dental solutions from Dentsply Sirona.

Success as the way forward To protect intellectual property, prevent reverse engineering and avoid manipulation of appliances. To design customized appliances with low entry-level prices from software modules and license models. Precautions to prevent reverse engineering of .NET software include secure and high-performance protection methods. Medical appliances must be safeguarded from manipulation to comply with the directives of the MPG (the regulation body for medical appliances).

Use of attributes to encrypt the source code and code signatures to protect against manipulation. Licenses are transferred to the compact USB dongle – CmStick/C – online via CodeMeter License Central, a software fully integrated into the Dentsply Sirona sales process.

As both CodeMeter and CodeMeter Licence Central are perfectly integrated into the Dentsply Sirona sales process, CodeMeter not only protects the product, but also simplifies the logistics. A license code is emailed to the user which allows additional functions to be easily unlocked according to requirements.

Ulrich Orth,
Head of CAD/CAM R&D at Dentsply Sirona
“Our well-established knowledge of IP protection and anti-counterfeiting, and our MPG-compliant medical appliances enable us to provide enterprises with excellent levels of security. With CodeMeter we meet all requirements in an exemplary manner, while our customers enjoy flexibility and competitive prices. Integration of CodeMeter was much simpler than we expected.“

Founded in 1997, Dentsply Sirona is a spin-off of Siemens’ medical business unit. As a leader of current thinking in the industry, it boasts more than 2,700 employees in 24 locations worldwide. The US market represents the largest share for Dentsply Sirona, followed by Germany, Western Europe and Asia. The main products are manufactured in Bensheim, Germany, the global largest facility in the dental industry.

... and I give you something to chew on. In the past, you needed two separate appointments for a dental crown. First the dentist had to take an imprint and put in a temporary filling. A week later, after the odontologist had created the inlay, you would return for its implantation. Assisted by me, the CEREC software patented by Dentsply Sirona, the dentist can now  construct and insert the crown in a single session. I save the patient an extra visit to the dentist, which is what I call progress!

The procedure and I have been around for 4 years now. As I’m very innovative, the temptation to reverse engineer me is great, so it is very important for my developers to protect me. In 2011 I was released in version 4 as a dongle called CodeMeter. This was the first solution which offered acceptable protection for .NET applications.

Experiments were carried out on me to find the best technology. Only CodeMeter met all my requirements. AxProtector encrypts both the .NET and the native parts of the code, and automatically decrypts them when they are executed. Attributes are used to define which functions don’t need encryption, either because they have no security relevance or because they are frequently called. So my developers can choose between performance or paranoia. Compared to other technologies – and I have been extensively tested – even if they choose paranoia, I still perform best with CodeMeter technology. One up for CodeMeter.

In 2012, a relative of mine, the specialist inLab software for odontologists and lab technicians was also given protection. In this case a flexible licensing mechanism was also required. I’m only compiled once and my functionality depends on the license. This is one of the great strengths of CodeMeter: Each module can be individually licensed and encrypted. Licenses contain customer-specific keys which greatly enhances security, something which was not possible in the past. One up again for CodeMeter.

If you think transferring a customer-specific key to a CodeMeter dongle is difficult, I can assure you it isn’t: With CodeMeter’s central licensing mechanism an instant server-side solution is at hand. As soon as my user purchases a license, the order is activated by Dentsply Sirona and automatically transferred to CodeMeter License Central. The system emails a ticket with an unlocking code to my user. When he feeds me this code, I contact CodeMeter License Central using an http query and send the ticket plus the contents of the relevant dongle. CodeMeter License Central returns an update which I download to the dongle. And that’s it. With the examples provided by Wibu-Systems it’s a piece of cake for any developer to integrate these functionalities.

CodeMeter not only protects software from piracy, it also protects its integrity. Because I control medical appliances, I must comply with directives of the MPG (the regulation body for medical products). CodeMeter makes sure nobody can tamper with me.

Another benefit of CodeMeter is the size of the dongle: it’s so tiny it’s hardly noticeable when plugged into equipment. The CmStick/C is the only  device available which protrudes just 4 mm. And it’s in Dentsply Sirona’s corporate identity color too. It offers the reliability you would expect from Dentsply Sirona and complies with all relevant global certifications such as UL and VDE security certification, and CE, FCC, VCCI and KCC electromagnetic compatibility certification. I’m proud of the my developers. From my perspective, they made the right decision with CodeMeter.