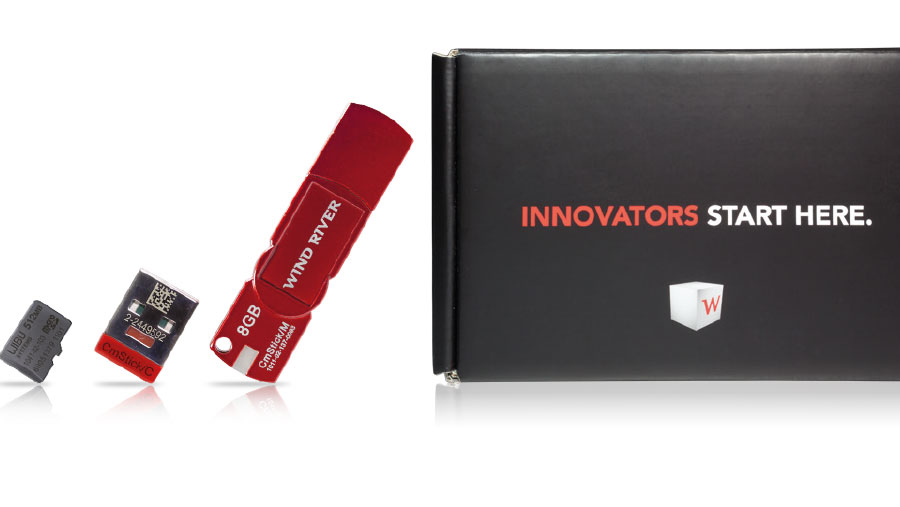 The Embedded Development Kit for VxWorks is the result of a collaboration between Wind River, Emerson and Wibu-Systems. The EDK allows developers to protect their know-how and products from piracy, reverse engineering and attacks. It prevents code from being manipulated, and ensures the operating system and the developers‘ applications are securely booted and executed. Flexible pricing models such as pay per use or feature on demand facilitate the implementation of new business models.

CodeMeter has been modified for VxWorks to allow integration into the Eclipse-based Wind River Workbench. Developers can now protect their code without the need to use external tools.

The step-by-step instructions and illustrative examples explain usage in a wide range of areas:

The scope of delivery of the Wind River EDK includes an Emerson NITX-315 board with an Intel Atom processor and three CmDongles. The VxWorks development environment is started directly from the CmStick/M which is connected to the host computer. The CmCard/µSD with the VxWorks boot image and the required CodeMeter licenses is inserted into the target board. The CmStick/C is connected to the target board. This dongle contains a license to enable other software features in the image, as and when required. 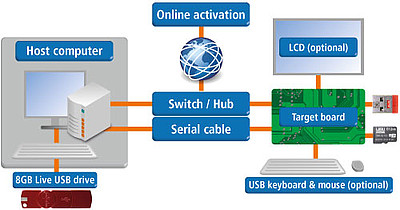 The AxProtector plugin for Eclipse protects several different types of projects, e.g. VxWorks images (VIP), downloadable kernel modules (DKM) and real time processes (RTP). All configuration settings are made in the Wind River Workbench and include settings for reverse engineering protection, license management, signatures to protect the code from manipulation, parameters for license management and code encryption, and a key source for the private key which is used to sign the code.

To use the security and license management functions, the standard VxWorks loader must be replaced by the CodeMeter VxWorks loader. This ensures only correctly signed projects can be executed and decrypted on the target system.

Certificates are needed to make sure a genuine public key is used for verification. Certificates are the digital equivalent of identity documents in real life. They check whether the stored public key really belongs to the corresponding private key. Although at first glance this process appears to be very complicated, its integration into the system has been carried out in such a way as to make it easy for developers to use. Its major benefit is that it requires the most important secret, i.e. the private key of the root certificate, to be used only once to sign the lower level certificates. Afterward it can be returned to its safe. If a certificate ever becomes compromised, a “revocation mechanism”, which will not be explained here, can be called to revoke the certificate. In this way the security and integrity of the overall system is maintained and rolled out systems need never be superseded.

Alongside the security functions, it is also important to integrate the generation and distribution of licenses and keys into the sales and production processes. CodeMeter License Central is the right solution for this. The software is operated via a browser or web interface and can be easily incorporated into existing ERP systems such as SAP or MS Dynamics, CRM systems such as Sales Force, or online shops. License Central can be operated by the vendor or used in a Wibu-Cloud solution.

The Wind River EDK demonstrates to developers how the different functions can be protected in different ways in an application. Accordingly each function requires its own license before it can be executed in the live application. This can be beneficial if the aim is to sell device functions on an individual basis, for example, as part of an after sales service. It also allows activation of specific functions for particular groups of people such as service technicians.